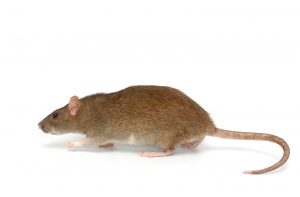 Rats are super smart, live in colonies, have hierarchy, family structure and communicate with each other. Although there are different rat species including native rats, the most common are the Brown Rat (Rattus norvegicus) also know as the wharf rat or sewer rat and the Black Rat (Rattus rattus) also know as the roof rat or house rat. The rats gestation is typically 22 days with litters up to 12. Reproduction can occur at about 5-6 weeks old, this can see populations grow from 2 to 2000 in 12 months. Rats are known to have inhabited every corner of the globe. It seems that everywhere we’ve gone they have been right alongside us the whole way.

How have rats been so successful?

Rats are very smart, great swimmers, have super strong teeth that allow them to chew through most things, able to live above or underground, have set habits, great adapters, can eat almost anything, reproduce quickly, typically nocturnal, poor eyesight and are neophobic. Neophobia is one of their secret weapons against humans trying to bait or trap them, this means they readily avoid new things in their environment and may take sometime before they accept a new thing or object.

Why are Rats a problem?

Rats live in places just out of our sight but typically within our immediate area, under ground, under homes, drains, sewerage, sheds, in roofs, and wall cavities but living off of our habits and waste. The areas they tend to live are unhygienic and often harbour disease and other pests like fleas, mosquitoes & cockroaches also know to spread disease or illness.
Over the centuries and still today Rats have been known to spread many devastating diseases, the (Black Plague 1347-1351) was estimated to have killed between 75-200 million people. Today nothing has changed, if not controlled in the areas we live, make food and spend our time we can quickly become exposed to the danger Rats pose. Learn how to get rid of rats and stop them from coming back with our easy to follow guide.

Whats the difference between Rats and Mice?

Unlike some other pests, you may not always sight a rat to determine you have an infestation. It is for this reason it is important to inspect your home thoroughly and look out for these signs:

How to Get Rid of Rats

There are a few key choices to be made when selecting the right bait. These can be broken down into two main categories:

For heavy rodent infestations and during rodent season (late April-August) it is recommended a powerful active such as Brodifacoum in Ratshot Red should be used. This ensures quick population control and a pulse baiting system which helps prevent resistance.

For all other months (September-March) and in sensitive baiting areas, such as where non-targets such as pets could be at risk, it is recommended the less toxic active Difenacoum in Ratshot Blue is chosen.

The key consideration in selecting the correct bait formulation will depend on the area you are wanting to place the baits. Of course, all bait types can be used in almost any baiting situation around the home it is important to understand where you can have a strategic advantage in controlling mice.

Paste Baits are fantastic for use around kitchens and areas where there are competing food sources that are not able to be removed as they are highly attractive to both Rats and Mice. Paste baits can also be used where other baits have not been taken/ been rejected by rodents.

Block Baits are very durable and long lasting so can be used in hot/cold/damp/dry areas such as around the exterior of your property for perimeter baiting, secured in roof voids and in areas where the bait must be secured.

Grain Baits are great for controlling rats particularly in areas where mice are already used to feeding on grain, for example in storage sheds.

Rat Traps are a great non toxic way to control rats. There are a range of rat traps available and which one to use will largely depend on personal choice.

Bait and set traps, placing the rat traps in identified runways. Rodents tend to travel along walls so placement along walls is ideal:

For best results use multiple traps placed at intervals of 0.5-1m.