Australia is home to some of the world’s most poisonous spiders. Spiders in Australia can be put into two main categories- Web spinning spiders such as Redback Spider, Black House Spider and Daddy Long Legs and Ground dwelling spiders including Funnel Web Spider, Huntsman and White-Tailed Spider.

Web Spinning Spiders live within their web, they will usually spin these in areas that are protected such as under house eaves, under tables and chairs, tree hollows, under rocks, in garages/sheds and letterboxes. 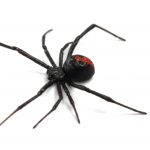 RedBack Spiders- The Redback spider prefers dark and dry conditions and for this reason the female Redback will spin webs in sheltered areas such as under tables and chairs, tree hollows, under rocks, in garages/sheds and letterboxes. 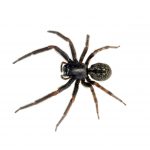 Black House Spider - Generally lives on trees, logs and rock walls however they are often found in homes, around windows, eaves, cornices and doorways. 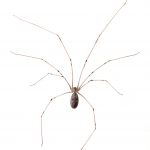 Daddy Long Legs- The Daddy Long Legs Spider often inhabits homes, it will commonly spin its webs in sheltered places where it will be undisturbed such as behinds doors, under/behind furniture, in garages and sheds and in the corner of ceilings. 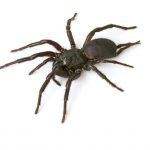 Funnel Web Spider- Funnel webs often have a preference for humid conditions and because of this will spin its web in moist sands and clays. Despite this preference, funnel webs can also be found under rocks as well as tunnelled into tree trunks and limbs. 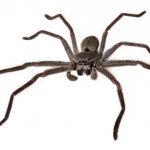 Hunstman- Hunstman are found in crevices of tree trunks as well as under bark and rocks and commonly find their way into our homes and cars. 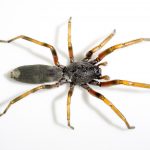 White Tailed Spider- White-Tailed Spiders inhabit gardens and houses commonly found under leaf litter, logs, bark and rocks within the home they can be found in bedding, shoes and clothes left on the ground and inside towel folds.

Why are Spiders a problem?

There are a variety of reason why Spiders are an undesirable guest in our homes. Depending on the species, Spider bites can be quite serious requiring urgent medical attention. Aside from their potential to harm your family some Spiders cause messy webbing around your home and others can just be downright scary!

Learn how to get rid of spiders with this easy to follow treatment guide.

When checking for Spiders around your home look for webbing as well as spider activity focusing on protected areas such as:

How to Get Rid of Spiders

Option 1. Ready to Use Apply Sumiblast Crack and Crevice Residual Aerosol to window sills, skirting boards and cornices where spider webs are found.

For direct kill hold can upright and spray spider from a distance of 15-20cm.

For maximum spider control use Webzone Termiticide & Insecticide as a two-part treatment.